We aim to achieve legal victory by sticking to the set down rules of international litigation so that we do not jeopardize our certain legal victory; because already we have the moral high ground and legitimate claim in this case that no international judge can afford to ignore.

In the Ecowas Community Court of Justice, Suit No: ECW/CCJ/APP/20/15, holden at Abuja on the 16th June 2016, between Nosa Ehanire-Osaghae, Jonah Gbemre, Aiko Obobaifo & Daniel Ikponmwosa (Plaintiffs) suing on behalf of themselves and the people of Niger Delta Vs the Federal Republic of Nigeria (Defendant), The matter was adjourned to April 25th  2016 for final Judgment.

The legal counsel representing the Plaintiffs, Barrister Lucky Ogedengbe Esq. in his concluding arguments, urged the panel of three Justices to grant all the prayers of the Plaintiffs as contained in their originating application. Which prima facie seeks to order the Defendant to return back the Oil Block Ownership to the people of the Niger Delta, and to award Damages of $30 billion for the total environmental remediation of all the oil polluted areas in the Niger Delta Region. As well as a declaration that the PEOPLE of the Niger Delta have the Right of Self Determination.

This is in tandem with the African Union Charter, United Nations Covenant and the Vienna Convention on the Law of Treaties, to wit the Defendant namely the Federal Republic of Nigeria is signatory bound. Regardless of the tenor of its own Constitutional Laws, which is subject to the dictates of International Laws and Treaties as stated below inter alia.

Article1: All peoples have the Right of Self Determination. By virtue of that right they freely determine their political status and freely pursue their economic, social and cultural  development.

Article 2: All peoples may, for their own ends, freely dispose of their natural wealth and resources without prejudice to any obligations arising out of international economic co-operation, based upon the principle of mutual benefit, and international law. In no case may a people be deprived of its own means of subsistence.

Article 26: Every treaty in force is binding upon the parties to it and must be performed by them in good faith.”

Article 27: A party may not invoke the provisions of its Internal Law as justification for its failure to perform a treaty.

Whereupon the Presiding Justice Cijioke Nwoke, after due deliberations with the other two Honorable Justices adjourned the case to the 25th April, 2017 for JUDGMENT.

OUR PRAYER TO THE INTERNATIONAL HUMAN RIGHTS COURT

Is to order the Federal Government of Nigeria (FGN) and the Nigerian National Petroleum Corporation to revoke without remedy every oil lease allocated to every individual and their indigenous oil & gas companies regardless of their current status of lease be it expired or not and re-allocate them as well as any other un-allocated Oil Bloc ONLY to the various respective oil communities wherein the oil blocs are located forthwith. As well as to re-amend the 1999 Constitution that was amenddd to vests ownership of the minerals, oil & gas resources in the land on the federal government which has precipitated all these crude oil related problems in the first place. This will ensure the judicious disbursements of the oil & gas resources to favor the oil & gas producing communities. 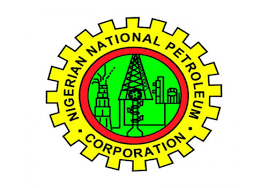 Who will be then at liberty to outsource for any veritable and environmental pollution conscious oil & gas firms both locally and internationally to partner with in the oil exploration & exploitation of their ancestral lands while paying the stipulated dues and royalties accrued to the federal government. 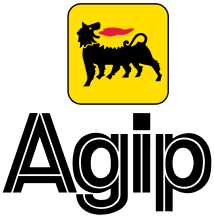 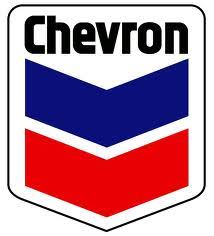 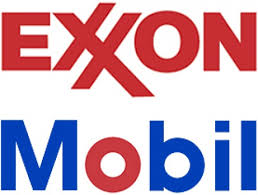 So as to guarantee, facilitate and accelerate the wealth empowerment, environmental clean up and developmental progress in all of the oil producing communities in Edo Delta in particular and Niger Delta in general via international law and jurisprudence for the next generation of 40 years as opposed to the marginalization, degradation, deprivation, poverty and pollution of oour ancestral land for the last 40 years.

1) We will file a suit in the appropriate International Human Rights Courts (the particular courts in question are yet to be notified) against the Federal Government of Nigeria (FGN), the Nigerian National Petroleum Corporation (NNPC) and the major local Oil & Gas Companies operating with a high yield OML or OPL in Edo & Delta States via our local & international solicitors whose identities will be made known to the litigants after we have concluded our negotiations with them. But suffice to say that it will include a team of top African American Activist Lawyers of repute in the fight of social justice and equality in America. We will spare no expense in securing their services as we know what they are capable of doing even in mobilizing Black Americans in their millions against white supremacist ideologies & racism.

2) We will also file a suit in our local constitutional court via our local solicitors who are reputable human rights lawyers and indigenes of Edo & Delta States to support of our international law suit.

3) We will ensure that only indigenes of the oil & gas communities and their proxy communities will be eligible to register as Litigants in this law suit because we want to ensure that the legal technicality of Locus Standi or right to sue is not contravened. While other non-oil communities Edo Delta indigenes are welcome to participate and play other rolls in our quest for freedom, equity and justice logistically, financially, politically, diplomatically, religiously, culturally and otherwise.

3) We will lobby and campaign diplomatically at the global corridors of world leaders and powers namely: The United Nations Security Council situate at New York, The White House & United States Congress situate at Washington, The European Parliament situate at Brussels, The United Kingdom Parliament & Buckingham Place situate at London. No expense will be spared in our peaceful and friendly campaign and lobby to seek the favor and support of the global powers that be to come to our aid as we already know that the public opinions of their respective nations are favorable to our noble cause..

5) We will engage the globally acclaimed and reputable international press & media services like the CNN, BBC, Aljazeera, Sky News, Reuters, Associated Press and others to provide adequate media coverage of our “novel” legal campaign as it progresses to an inevitable victorious conclusion which we believ will set a new antecedent for other oil & gas communities suffering the same predicaments as we have suffered for 50 long and painful years.

6) We will hold peaceful and progressive leadership rallies for our Edo Delta youths who are our next generation of leaders who must always first seek to resolve political issues via peaceful, legal and democratic means as a rule of thumb.

7) We will engage our Edo Delta communities living abroad mostly in Europe and America to be pro-actively involved in our legal cause logistically, financially and otherwise.

FLY THE FLAG OF FREEDOM!!!

Count Down To: EDOEXIT 2017 Referendum

Judgment Day for Niger Delta Oil Blocks Ownership in Ecowas CourtApril 25, 2017
ECOWAS COURT SUIT No: ECW/CCJ/APP/20/15 OIL BLOCK OWNERSHIP DISPUTE BETWEEN THE NIGER DELTA PEOPLE AND THE FEDERAL GOVERNMENT OF NIGERIA. JUDGMENT WILL BE DELIVERED BY THE ECOWAS COURT ON THE 25TH APRIL 2017. OIL BLOCKS MUST CHANGE HANDS!!!